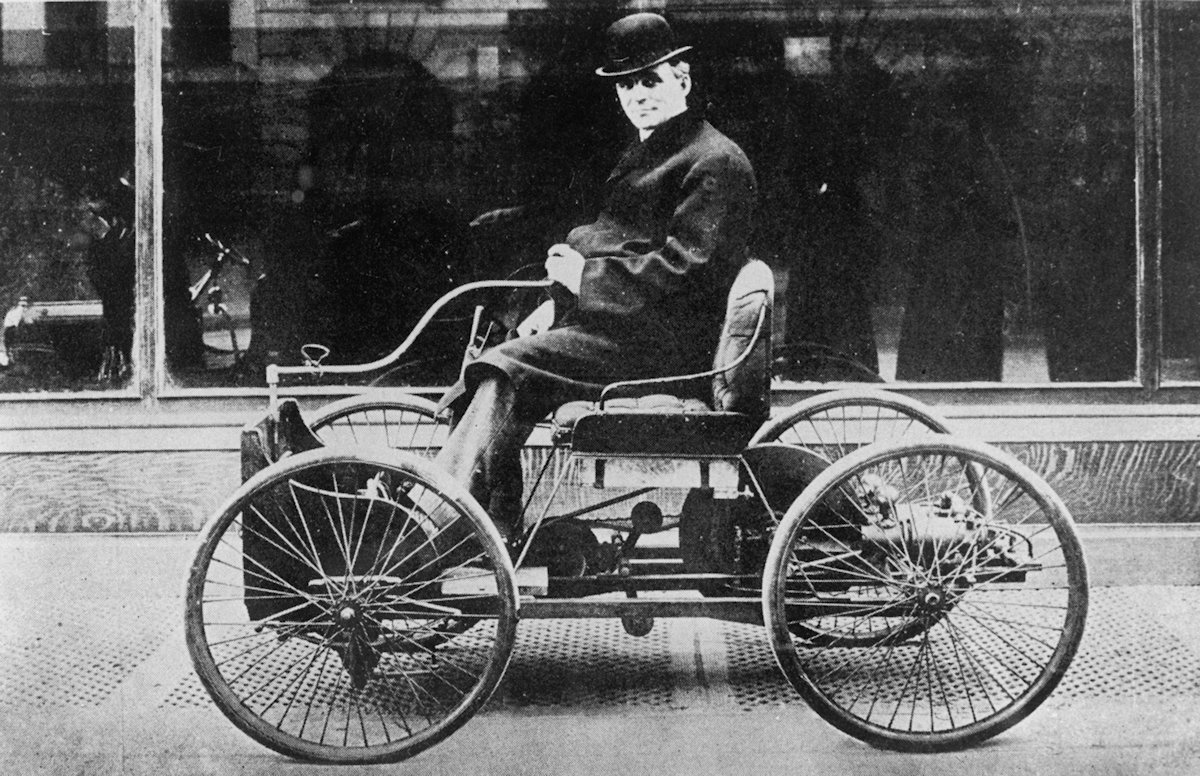 Here’s one pretty good list from National Geographic that would be hard to argue with:

Here’s another that includes several of the same items plus the nail and the compass, and it even goes a bit further back in time to give credit to the inventor of the wheel – a very good addition. And here’s one more, this one remembering to include the gas-powered tractor and anesthesia. Good catch.

Now, I’m not saying it’s easier to be a historian than a futurist, but it’s probably less complicated to look backward at one’s leisure to acknowledge breakthrough technologies than it is to predict new ones at a time when so many technologies are on the cusp.

Debates about the significance of historical breakthroughs are academic exercises or something one does with friends over a glass of wine.

But consideration of the merits and ultimate utility of pending and future breakthroughs takes place in boardrooms with billions of dollars on the line. After all, things that seem destined to be extraordinary and ultimately commonplace may prove to be a bust. Supersonic transport comes to mind, even though it’s probably too early to give up on that.

But I don’t mind going out on a limb in predicting what the most significant emerging technologies will be over the next ten years. These are the twelve I’m watching, and I think you should be as well:

I’ve become convinced that autonomous transportation will be the most disruptive technology in all of history. On this topic, most people right away think of cars and trucks as a first step. In fact, those may be the last autonomous vehicles to be fully developed and embraced due to the relatively complex and unpredictable environment they’ll be operating in.

But we’ve already come a long way in other modes of transportation. Unmanned rockets are delivering satellites to space orbit and supplies to the international space station. Soon we’ll see unmanned cargo ships plying the oceans. Submarines will follow shortly. Commercial jets are nearly autonomous now and under computerized control for much of each journey.

And, yes, eventually we’ll see wide-spread autonomous, dry land transportation – especially once we get past the mindset that perfect safety is the only acceptable option.

Add all of this together and not only will transportation be turned on its head, but we’ll also have massive redesign of our buildings, airports, seaports, highways, and cities themselves to accommodate it.

We’ll begin to view AI as a commodity – almost like a utility – that’s delivered into every home, office, device, car, and highway in our world.

I’ve done multiple interviews on the Futurati Podcast with AI experts like David Jilk, Kristinn Thórisson, and Roman Yampolskiy which have greatly informed my thinking on the transformative potential of this technology.

Blockchain technology will soon become an element of our behind-the-scenes infrastructure for nearly every kind of transaction (defined in the broadest sense) that requires the secure transfer and maintenance of assets or information. It’s hard to imagine any industry that won’t be impacted as they strive to becoming more secure and efficient. If an industry relies on contracts, financial transactions, personal identification information, or asset management, for example, blockchain technology will be working in the background.

Is blockchain the final word in IT security? Unfortunately no. Blockchain can be hacked, but it’s not worth losing sleep over. As long as we rely on technology, i.e., computers and the internet, we’ll have cyber thieves. We need to accept that we’ll always be in a cycle of smart people developing secure systems that other smart people quickly learn to exploit. But, we’re continually raising the bar in the process. 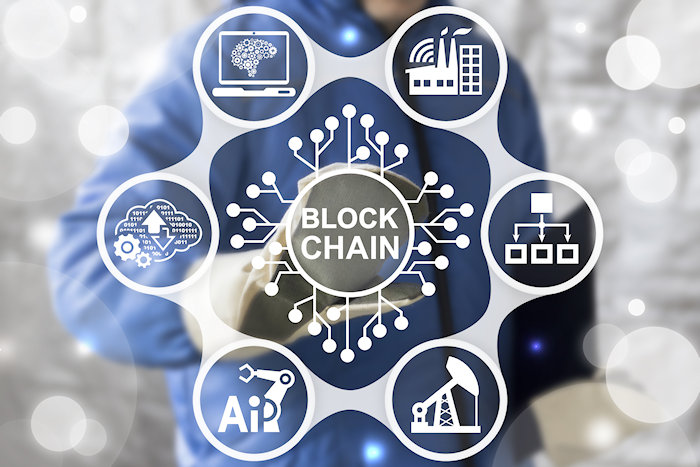 Cryptocurrency is one of the primary applications and earliest adopters of blockchain technology. Soon, you won’t need to understand blockchain to use cryptocurrency; it will be as easy and natural and using a credit card. The currency behind it, though, will be blockchain-based. Bitcoin was the first, but the emerging crypto economy is now valued at over $2 trillion. This means over $2T in economic expansion, with no governmental strings attached, and we’re just getting started.

Regulators will eventually accede to this inevitability and implement buffers and guideposts to prevent the kind of valuation volatility and scams that have caused most people to stay away from engaging in cryptocurrency. Increasingly, nations will transform their currencies to digital, doing away with pesky paper and even peskier coinage. Our personal cryptocurrency wallets will typically have a variety of currencies at our disposal.

That’s “clustered regularly interspersed short palindromic repeats,” by the way, the emerging science of genetic manipulation using DNA splicing. We looked at this several weeks ago in the context of de-extincting a version of a Woolly Mammoth by splicing its preserved DNA into an Asian elephant.

That’s just the tip of the CRISPR iceberg, though. The emerging CRISPR toolset will expand our capabilities to customize embryos to optimize human beings in many ways. In just a few years, a pregnant woman will have the option of going to a geneticist to discuss certain “enhancement options” for her unborn child. They’ll also be able to remove problematic genes in order to reduce the likelihood of certain diseases and physical conditions.

This is one of the most fascinating advances I’ve had the opportunity to explore in a long time. The metaverse is essentially Internet 3.0, maybe even 10.0, based on an increasingly robust infrastructure that can support the presence of an alternate reality we can experience for ourselves. We see bits and pieces of it now, with concerts, online gaming, and virtual offices.

But ultimately, we’ll have metaverses that are as real and expansive as any Matrix or Ready Player One scenario. It’s not a stretch to say that in the future, we’ll be taking virtual vacations in the metaverse – spending a week’s salary with a metaverse agency to experience an African safari or an Alaskan cruise, enjoying the sights and sounds and the company of our fellow travelers.

This is an evolutionary development with metaverse implications. First, there was virtual reality (VR) – a virtual world, complete with sights and sounds (and only sights and sounds) experienced with the specialized headset. Next was augmented reality (AR) – in which we experienced the real world with virtual objects overlaying them (e.g., Pokémon Go). The next step is mixed reality (MR) – in which real and virtual worlds are combined. MR allows us to overlay physical items into the virtual environment.

MR will be a gamechanger in … well, games of course, and also in numerous entertainment and learning environments from engineering to medicine. 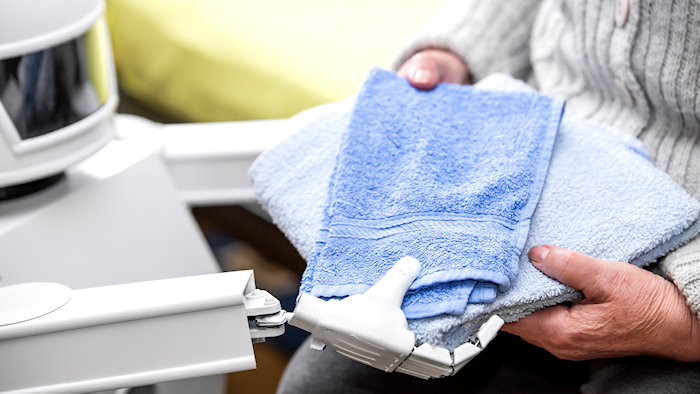 Despite the name, this innovation isn’t as creepy or eyebrow-raising as it sounds. While this phrase may conjure up the image of human clones, remember that a “robot” is simply a controlled, programmable machine that can carry out a complex task.

But instead of metal casings and hard-wired circuitry, they’re made with biological tissue. The earliest versions of living robots can best be characterized as “programmable organisms,” blobs of tissue made from biological stem cells that are manipulated and shaped to be living organisms that perform tasks. Initially, we’ll program them, for example, to deliver medicine within a human body or clean up radioactive waste in hazardous sites. Beyond that, though, who knows!

Education is a $2 trillion annual business that operates in much the same way it did 200 years ago with large classrooms filled with students who are all taught the same way and, for the most part, the same thing. But classroom technology has been advancing rapidly, especially during the pandemic.

Ultimately, we’ll have massive databases of teachable material from which students and their advisers can craft a unique curriculum and even a unique degree. The material will be delivered in a way that the student can best relate to. Lectures. Virtual field trips. Group discussions (see metaverse discussion above). One-on-one tutorials with an AI teacher bot.

Degrees will be obtained more quickly, and graduates will have a much better-defined specialty that will minimize the time spent by their first employer in on-the-job training.

This is also known as personalized medicine. Doctors in the near future will collaborate with us on prevention, diagnosis, and treatment options based on our own unique genomic profile. With the benefit of this information, they’ll know what conditions we’re susceptible to and that must be monitored closely. And when a condition presents itself, they’ll know which drugs or other treatments will be effective, ineffective, or even harmful.

We’ve seen some early successes with personalized medicine with oncology therapies, and it will ultimately extend significantly beyond that.

With communication satellites filling our low-Earth orbit, people in more and more of the far corners of the Earth will have access to information through the internet. As long as local regimes don’t try to limit citizen access, information will be more widespread and transferrable – for better or worse, but hopefully more for the better.

Who knows how many 21st century potential Einsteins and Mozarts will emerge when there is greater exposure to information and ideas? With a truly World Wide Web, we’ll see tremendous growth in global GDP, and maybe as I call it, in GNK – global net knowledge that will drive mankind’s progress forward, bringing light and enlightenment where it’s needed most.

While lab-grown meats have gotten all the attention, we’ll soon have similar processes for lab-growing construction material, fabrication materials, and much more. Our labs will make tremendous progress in speed-growing natural materials that have the same cellular structure as the “real” items that have previously only been grown at the rate of nature.

This will be a huge ecological and social win as we no longer will need to mine diamonds, clear cut forests, or maintain massive cattle feedlots, for example. We’ll also have new sources for medical and health products like breast milk, nutraceuticals, ointments, and more. This will cause short-term employment issues for sure, but once the science is worked out, the labs will essentially become factories and the workers there won’t need PhDs.

I can’t imagine a more fantastic future than if these technologies come to fruition and play out fully! And if this blog is somehow discoverable in 100 years, I hope another futurist will see it and chuckle about our simplicity or, even better, note how we identified 2021 trends that did indeed shape the world they’re living in.