Do we have a fake people problem? 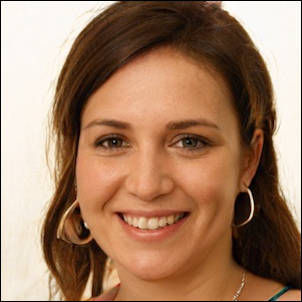 This is an AI generated random human face!

If you recently lost your job, I encourage you to blame this young lady. Contrary to first impressions, this isn’t a real person at all. She is nothing more than an AI generated random human face.

In the past we’ve run into fake products, fake identities, fake profiles, and fake news. But now we may end up with the biggest problem of them all – fake people.

On the surface, she’s a curiosity. She seems oddly familiar, the girl next door, the one that got away, or a friend of a friend. But she is indeed a fake person.

In fact, it would be easy to use AI to generate 100 similarly striking photos of men and women across the cultural, age, and race spectrum, and quickly A-B test to see which one works best for selling cars to older Asian couples in Sarasota, Florida. Or selling refrigerators to middle aged women in Des Moines, Iowa. Or selling skateboards to Hispanic teenagers in Pocatello, Idaho. Or selling starter homes in Pueblo, Colorado to working millennials. 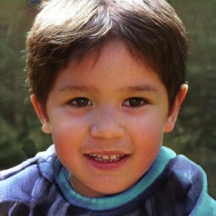 When it comes to fake photos, we’re just getting started.

Why would I hire a supermodel if I can randomly generate someone new? Why would I buy a stock photo when I can auto-generate one?

Not only can AI create realistic videos of people doing and saying things they’d never say or do in real life, it can add convincing human faces that never existed in the first place. We are about to become deluged with tons of fake testimonials hoping to persuade us to buy some new product or service.

In 2014 the first computer was created to use a form of machine learning called Generative Adversarial Networks or GAN. It worked like a morphing program that blended inputs from several sources, in this case human faces.

Artificial neural networks are computing systems inspired by the biological neural networks to mimic the activity of neurons in the human brain. In a GAN, two neural networks are essentially pitted against each other. One of the networks functions as a generative algorithm, while the other challenges the results of the first, thereby playing an adversarial role, hence the name.

To demonstrate this, thispersondoesnotexist.com is a website that auto-generates the face of a new fake person every time the page is refreshed.

As you can imagine, it won’t be long before this technology starts to permeate many other industries.

Every court case, news story, historical document, and eyewitness account will suddenly need to be held to sophisticated levels of scrutiny. Our understanding of what constitutes “truth” is about to get rocked to its very core. 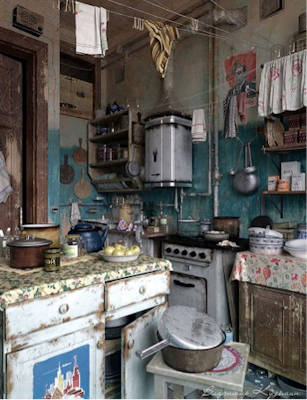 This is not a real photo, but a photo-realistic 3D rendering.

The same software that was used to help window manufacturers demonstrate what their products looked like in changing sunlight has evolved into a fascinating new field of photo-realistic 3D rendering.

What you see above is yet another step in the evolution of graphic imaging, allowing visionary thinkers to illustrate scenes and environments that don’t exist.

As we make further advancements in AR/VR and begin to immerse ourselves into fantasy game settings, some very talented people will be challenging our very notion of what constitutes “real.”

This type of technology is clearly setting the stage for a massive new industry designed around the limitless opportunities of “worlds not yet invented.” The gaming industry is already pushing the envelope in this area but is just scratching the surface of what’s truly possible.

Where are the “fake people” opportunities?

Technology itself is neither good nor bad, but naturally the way people use it can be detrimental to one group or another.

Whenever there is a problem, I‘m quick to look for the opportunity side of the equation. So what new businesses or micro-industries will this create?

As an example, how long will it be before someone will be able to create an entire feature-length action video without cameras, actors, or actresses? One person sitting at a computer could suddenly compete directly with Hollywood studios. Instead of spending $100-200 million on producing a big-budget movie, the hard costs for this kind of film could be close to zero.

In this scenario, the fine art of storytelling becomes radically faster, easier, and cheaper. Naturally this could lead to more businesses creating more movies, VR experiences, and next-gen performances for far less money. 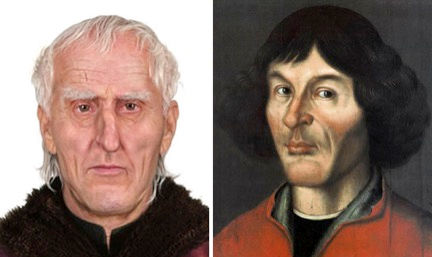 The face of Nicolaus Copernicus reconstructed by a Polish forensic team.

Born in 1473, Nicolaus Copernicus was one of the brightest minds among Renaissance-era mathematicians and astronomers. He formulated a model of the universe that placed the Sun rather than the Earth at the center of the universe. He died at the age of 70.

For the past 500 years, the image on the right was the only image we had to know what he looked like. Recently, a Polish forensic team spent time reconstructing this face from his skeletal remains.

It won’t be long before we have new ways of automating that process.

How long before we have the ability to create photos and videos of our parents, grandparents, and other ancestors? How long before we have video ads of people like Einstein, Lincoln, Gandhi, or Mandela selling soft drinks, home appliances, beer, of trying to convince us to vote for or against the latest ballot issue?

A number of AIs are now using deep learning techniques to produce human-sounding speech. Google’s DeepMind uses WaveNet, which can copy and reproduce human speech almost perfectly. Similarly, the startup Lyrebird has an algorithm that is able to synthesize a human’s voice by recording one minute of audio.

Google subsequently promised they would add a warning or disclosure in calls originating from this technology, but they are also working to make additional improvements.

Adding to the growing pallet of tools for imitating humans are AI-infused robots that can vividly express human emotion like Hanson Robotics’ Sophia and SoftBank’s Pepper. 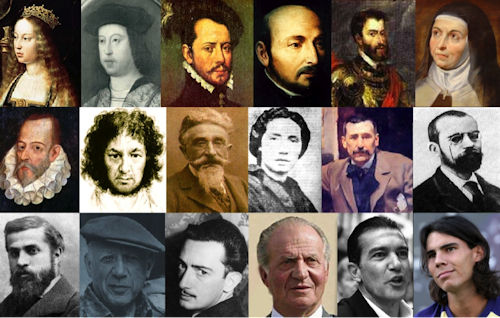 All of the above are images of fake people that never existed.

It’s official; we have passed the famed Turing Test in areas of voice, image, and video. They are now indistinguishable from the real thing.

Clearly, an age of smarter machines is already here, and as the ability for AI to perform tasks previously only human beings could do improves, the line between human and machine will continue to blur. Now, the only question is if it will eventually disappear altogether.

To answer my original question, yes, we do indeed have a fake people problem, and we have yet figured out what measures need to be taken to protect us from scam artists.

Our biggest danger, as always, is devious people. My guess is that a number of cons are already in play and we won’t hear about them until several people have lost their entire life savings.

Even more perplexing will be those who are operating in the grey areas of the law, using just enough fakeness to operate inside the layers of fuzziness and stay somewhat legal.

So how does this problem get solved, and who is ultimately responsible for managing the problems as they occur?

I’d love to hear your thoughts so feel free to weigh in if you have a story, an answer, or a solution.
opinions on this topic.