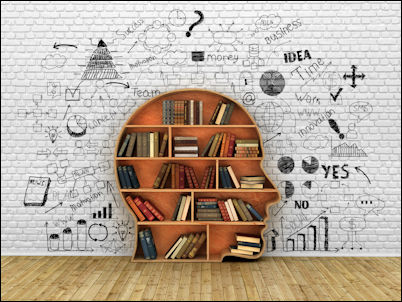 For those of you who haven’t noticed the shifting winds of higher education, certifications have been secretly creating an entire new industry that is layered between colleges and employers. While they don’t compete directly with colleges, they’re quickly rising in importance, as a preferred form of credentialing, one that is highly adaptable, outside of governmental controls, where companies can provide far more input.

Businesses today care far less about someone’s degree or underlying coursework, and far more about whether they’ve been able to pass the necessary certification tests.

The timing is perfect because a growing chorus of people have been asking, “is a college degree really worth it?”

Yet, it’s not just about the money. On the surface, highly paid engineers and financial managers still make tons of money. The true cost-to-benefit analysis needs to focus more on the “half-life of a skillset.”

For this reason, certifications are shining a spotlight on urgently needed skills that universities never saw coming. What makes matters worse is traditional colleges have virtually no ability to quickly adapt to these new markets.

We have been operating under the delusion that anything we learn early in life will benefit us for a lifetime. That wasn’t true for the mandatory calculus courses I struggled with many years ago, and it won’t be true for many of today’s less-than-useful courses that receive “mandatory” designations by universities today.

Our entire education system has been formed around a “just in case” mindset so students can be prepared for whatever situation they run into, “just in case” they need it.

But with education, we’re aiming at a moving target.

Med students, lawyers, and others pursuing advanced degrees will often spend 7-10 years in pursuit of their dream job, which will likely morph into something totally different by the time they get there.

The combined cost of both the time and tuition leaves many with a staggering amount of debt. The rationalization for college loans often takes the form of, “surely I can earn my way out of this massive debt I’m creating!”

Since 11.5% of student loans are delinquent, that statement has not been true for over 5 million students, and likely 2-3 times that many are struggling to stay ahead.

Until recently, college degrees were the only game in town. Yes, a person could start their own business, write a best-selling novel, or become a Hollywood actor or actress, but those odds were even less with no clear path for getting there. College degrees offered a clear path to a well-respected accomplishment, even if it didn’t work out as planned for everyone.

That was so yesterday!

Today there are a number of certifications that can be gained in far less time, for far less money, and a person’s overall earning powers can more than double. 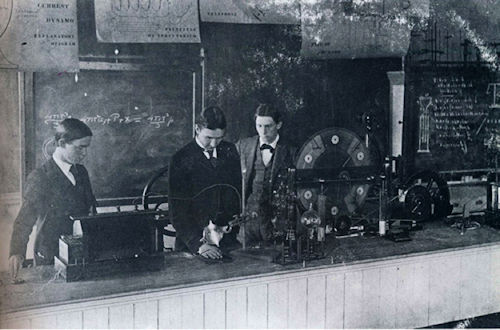 Physics class at Moore College in the 1800s.

Where did the 4-year degree come from?

As it turns out, the 4-year degree had a fuzzy beginning but was primarily an American invention stemming from the early 1800s. During that era, information was scarce and it was felt that educated people needed to have a well-rounded “breadth” of education to compliment the “depth” of their core discipline (major).

For this reason, colleges started requiring half of their coursework fall into the “breadth” category, typically in the area of humanities, liberal arts, and social sciences. For most colleges, this is still a requirement today.

Although colleges argue we still need the breadth of education, most of us are already getting it ambiently.

According to Statista, the average American today is consuming information 721 minutes per day (12 hours and 1 minute) from TV, mobile devices, computers, print media, and more.

While academics contend that watching YouTube cannot be considered the equivalent of attending a college course, others will maintain it’s far better because it’s immediate, relevant, and it doesn’t cost anything.

To be sure, this is a debate that has not gone unnoticed by most institutions. Even though the time/money investment in college education is trending in the opposite direction of other consumer services, reducing degree requirements goes counter to the current time-in-seats financial model most colleges are reliant on. 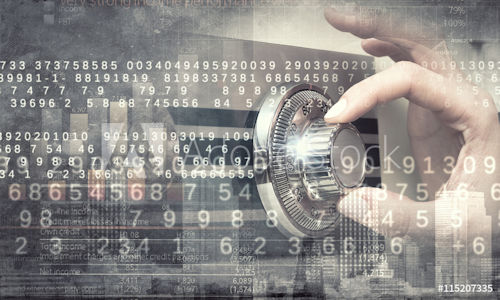 Each year, Global Knowledge creates an annual list of top-paying IT certifications which reflects shifting philosophies and tech trends greatly impacting IT departments around the United States. This year’s highest-paying certifications reveal a strong emphasis on cloud computing, cybersecurity, networking and project management.

After looking at the impressive salaries for top tech positions it’s easy to overlook many of the non-tech opportunities for becoming a certified professional. Here are a few other options: 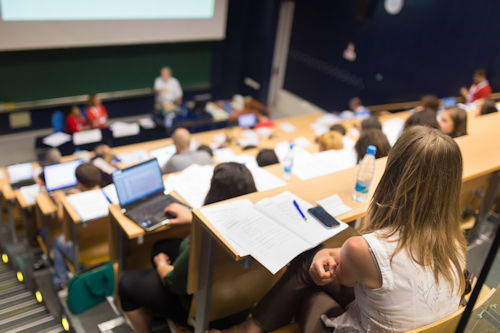 How much earning power will your college degree have 10 years from now?

According to the salary comparison site Payscale’s recent survey of 2.3 million graduates from 2,700 U.S. colleges, these are the highest earning majors. In general, science, technology, engineering and mathematics (STEM) majors consistently have some of the highest rates of employment and top incomes. 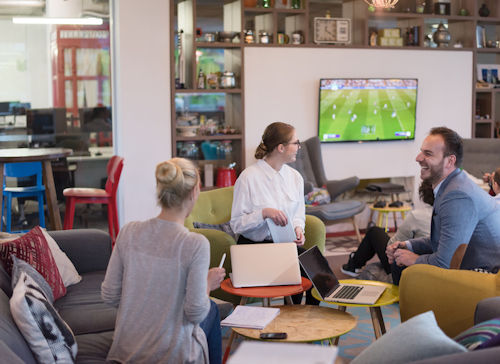 The age of on-demand learning

The study also found that 25% of developers learned to code before they were allowed to drive, and kids in Great Britain learning the earliest with 11% starting between the ages of 5-10.

The average developer today knows four languages and wants to know more. When it comes to learning new languages, they’re watching what Silicon Valley wants. Go, Kotlin, Rust, Scala, and Swift are some of the languages currently on their “want to learn” lists.

Other roles that earned between $100,000 to $115,000 included DevOps engineer, hardware engineer, project manager, and security analyst. 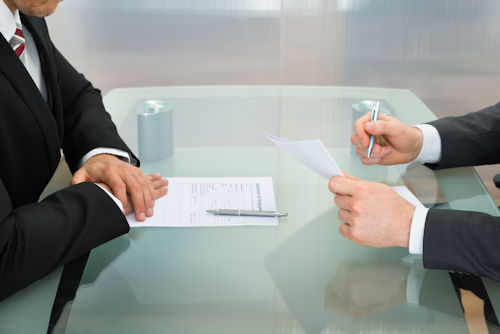 In the end, employers will decide which skills are most valuable.

Certifications Vs. Degrees The Future of Credentialing

The nature of employment is changing quickly, and the average tenure is dropping. According to Payscale, the average person currently goes through 12 jobs changes during their lifetime.

Because of automation, we should anticipate that number to more than double over the coming years. Those going down the path of becoming a freelancer may have as many as 1,000 different clients.

With employment trending towards shorter commitments, employers are far more interested in immediately applicable skills that a prospective worker brings to a task than the classwork they’ve completed or reputation of the school they’ve attended.

For this reason, certifications are becoming a far quicker and more effective way for hiring managers to gauge a person’s competency. They’ve become less invested in how the learning took place and far more interested in only interviewing those who have passed the test.

Employers are also finding they have more input on certifications when it comes to the testing process and what constitutes a relevant knowledge base.

Because of this, hiring companies will weigh far heavier on certifications than academic degrees for their preferred form of credentialing.

If you’re a parent thinking about encouraging your child to go to college, it’s not easy to calculate the costs involved. Tuition, room, board, transportation, books, athletic fees, computers, clothing, smartphones, apps, and other charges can all add up to a pretty hefty number.

Because of the 4-5 year commitment most are making to complete college, they are also losing 4-5 years of salary and work experience. For talented students, this can amount to as much as $300,000-$400,000.

While it can be argued that college years allow time for students to “grow up” and become socially-connected, mature adults, there is also a significant cost involved with this approach.

As you can see, this is more of an apples-to-oranges comparison. Not all certifications are as valuable as a college degree, and the reverse is also true. 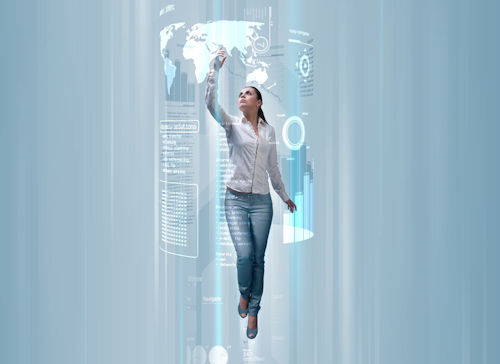 Over time employers will begin to demand far more certifications, for a wide variety of emerging technologies. Since it is far easier to create a certification exam than an entire college curriculum, certification trends will soon be viewed as a leading indicator of new industries being formed.

As new tests spring to life, a variety of programs will quickly follow to fill the learning void.

Here are a few examples of future certifications that testing companies will likely begin to offer:

Workplace readiness skills are important because they ensure workers have the basic academic, critical thinking, and inner personal skills necessary to be employed. In addition, academic skills such as reading, writing, basic math and communication skills are essential for optimal job performance.

According to LinkedIn, the most in-demand skills today are time management, adaptability, collaboration, persuasion, and creativity.

For these reasons we will also see a number of “workplace readiness certifications” spring to life. 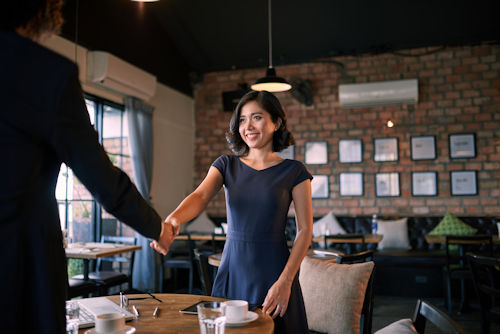 How many certifications will you bring to your next interview?

Over the next decade it will be common for a prospective employee to show up for a job interview with 8-12 certifications to highlight both their technical talents as well as their problem solving and critical thinking skills.

Young people will find a wide variety of ways to achieve the learning (and unlearning!) component of passing certification exams. Some will happen overnight, others on the job, and still others throughout a career.

Contrary to what many are leading us to believe, we’re entering a world of super employment. Prospective employees will have more choices than ever, and the freelance world will provide an alluring alternative to traditional employment.

Over the coming decades we will witness an unprecedented wave of innovation and creativity driven by new tools of production. During this time we will see an explosion of hundreds of thousands of new micro industries that will employ hundreds of millions of people.

We are entering an unusually creative period in human history. Those who embrace this kind of change will prosper, and companies that study and embrace this fluid “jobscape” will have the tools to build flourishing enterprises.

Naturally, those with strong loyalties to academic institutions will find this to be a contentions issue. I very much welcome those who disagree, so please feel free to voice your thoughts and opinions on this topic.

← Understanding the future through the eyes of a child: 29 insane predictions and why it matters? Do we have a fake people problem? →
Tags: certifications, college degrees