A peek into the scandalous future world of hyper-influence marketing 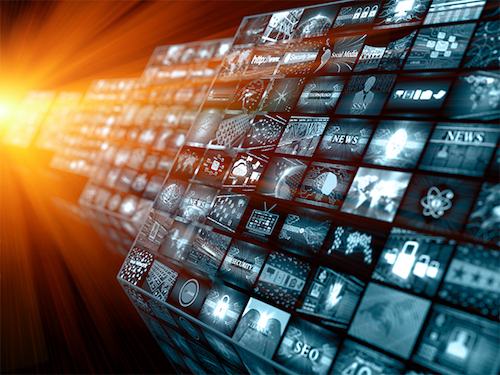 Television producers have never been more in demand. With both Facebook and Apple recently announcing their own $1 billion budgets for creating original television content, the entertainment industry is about to enter a whole new era, with premium content creating the latest high stakes battlefield.

The amount of money being directed toward the production of original content is now reaching epic proportions, with Netflix, Amazon, and HBO alone adding over $12 billion this year to the mushrooming video storytelling economy.

Once reserved for the movie-making elite, the production of modern television shows is now the playground of choice for a less Hollywoodish tech industry, one that also specializes in extreme data manipulation.

Combine this with the fact that video is the most influential medium of our times, and we can begin to get a glimmer of how tech companies will leverage their newfound influence in unusual ways.

Over the coming years we will see a shift from simply selling ads to the sale of custom tailored hyper-influence packages.

Today’s intricately detailed viewer analytics, coupled with instantly modifiable content, and tightly monitored feedback loops; we move from merely targeting industry segments to laser focusing on an audience of one.

That’s precisely where we will begin to see scandals unfold.

Critical decision makers are few and far between, and the influence they wield can be staggering. For this reason, finding inconspicuous ways of swaying the mind of key individuals can be worth millions if not billions.

As an example, one of today’s hottest topics in the tech industry is immigration, with strong arguments being formed on both sides. We also see huge, game-changing decisions in this area being made by a handful of people.

If a series of campaigns were established to specifically sway the thinking of those people, their colleagues, staffers, and families; some of the tools may include persuasive comments uttered by influential characters on a sitcom or action dramas.  This could include personally relevant background stats dropped into news blurbs, hidden messages, subliminal underscores, and mind-shifting plot twists all accompanied by an intricate web of social media conversations.

This style of intricately woven “push points” will be designed to modify opinions and move the influence meter ever-so-slightly one direction or the other. Those who show signs of being swayed will be rewarded with warm hugs of subtle recognition and “attention smiles” beamed-in in ways that will seem nothing short of magical. 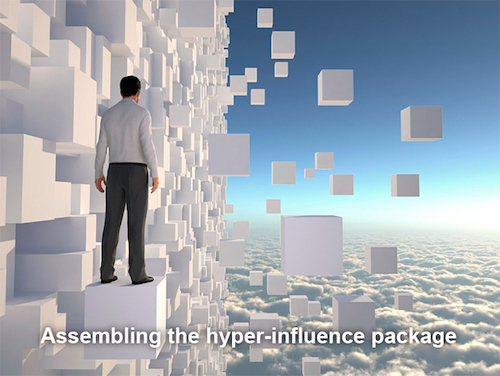 The Moneyball of Influence

We are quickly moving into the Moneyball phase of data-crafted influence.

Over the coming years the number of tools inside the influencer toolbox will grow exponentially.

We are moving far past the original experiments that created Netflix’s hit show, “House of Cards,” where they tested storyline themes for maximum appeal and reverse engineered the plot to not only hook the viewer but also amplify ratings.

Stepping past the established fixed product approach to programming, the same “Game of Thrones” episode you just finished watching may indeed be different than the one watched by your neighbors because of an A.I.-infused plot modulator designed to contextually rescript key scenes based on each viewer’s personality quirks. 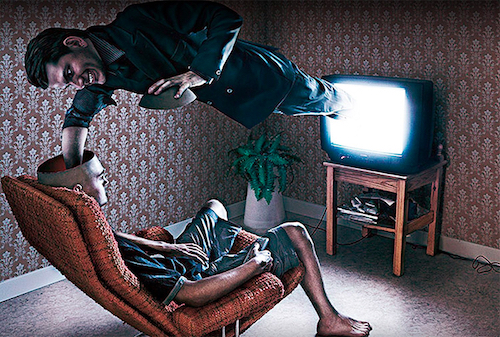 The Power of Video

This year, video content will represent 74% of all Internet traffic. When people hear information, they’re likely to remember only 10% of it three days later. However, if that same information is paired with a video, retention jumps to over 65%.

Here’s a quick snapshot of video’s growing role in our daily lives: 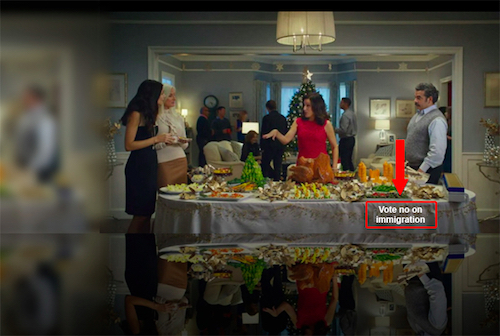 When is it ok to distort the truth?

With this newfound power there will naturally be some who choose to use it for evil rather than good, and indeed there will be a very fine line ethically between being a purveyor of lies and those who spin the arguments in their favor.

Using the previous example on immigration, having all the characters that people love-to-hate make profoundly stupid arguments in support of immigration bans will likely cause people to form the opposite opinion. For those firmly guided by their own moral compass, will that still be ethically within bounds?

If someone uses fabricated statistics to heighten anxiety and create a false sense of fear, does the ends justify the means?

To me, the most troubling part of these campaigns is that most decisions will be made in dark rooms, far removed from the check-and-balance of open scrutiny.

If a judge were to subpoena the exact episode seen by a specific person at a designated time and place, the defense team may very well respond with, “we don’t know which one it was exactly, but it is one of 150,000 possible versions, so we will send you all of them.”

Sadly, the fact that these hyper-individualized promotions will be super discrete, done in total anonymity, may be their most compelling feature. 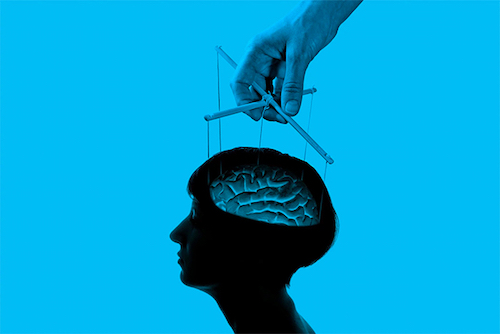 The role of A.I. in influence marketing campaigns

It’s easy to envision a number of ways that A.I. can be added to these campaigns, but once a target or set of targets has been established, a list of objectives can be put into a special campaign driver along with a list of the primary tools to be used.

At a certain point, the amount of data sorted through for an effective campaign will far exceed any human’s ability to orchestrate it.

As the A.I. campaign progresses through a series of trial and error approaches, getting smarter with every feedback loop it completes, the number of targeted impressions will climb until either some defining action has taken place or a predetermined end date has been reached.

If it sounds like people are as easy to sway as unwitting pawns, it’s because most are. Virtually every “yes,” “no,” or “buy” decision boils down to the right combination needs and stimuli.

Marketing campaigns are about to get far more sophisticated, and the metrics we use to quantify success, much more refined.

What we view as a first-rate influence marketing campaign today will soon appear crude and unrefined just a few months from now. Each will grow in complexity and cleverness as the tools at our disposal grow exponentially.

Most of the techniques I’ve mentioned are already in play. The big difference, though, will be the turbocharged, fully automated, instantly responsive, ten-thousand-stimuli-a-second version of them.

To many, this may appear to be a scary, even alarming perspective of our future, but wherever there’s a problem, there’s also an opportunity.

As these kinds of tools for influence and control become more common, so will the tools for defeating them. Throughout history, as long as people have lived on earth, we’ve had an arms race of influence. Even though the tools look vastly different, it still boils down to a controller vs. controlee battleground, and that will never change.