Establishing the Central Bank of Bitcoin 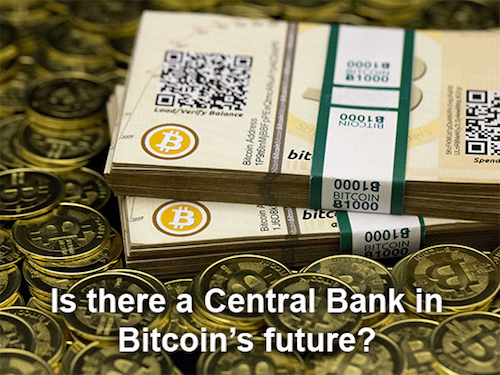 The year is 2024. It seemed like a piece of nostalgia to open a new bank account and get a free toaster, but this wasn’t any ordinary toaster, and it certainly wasn’t any ordinary bank. The new Internet of Things Toaster was one of the coolest gadgets of all times, and the Global Bank of Bitcoin was a charter member of Bitcoin’s new Central Bank based in Luxembourg.

Having launched as a Kickstarter project in 2022, raising millions in the process, this kitchen appliance elevated “toast” to the level of a new communal food with a designer flair. Old-fashioned bread could have 3D-printed toasted-inlays ranging from jams and spreads, to vitamins and dietary additives, to sweeteners and energy laces.

But what people found most magical was its ability to have animated hi-res images print-toasted onto the surface and brought to life through the use of edible electro-jellies. This next-gen food-tech had given rise to a myriad of party games, where “players” told stories about the animated scenes and “toasted” the other participants by eating the face of their favorite protagonist, one bite at a time, until both the story and the food were totally consumed.

For this new crypto-bank, it was the perfect crypto-gadget to draw attention to their crypto-currency. Similar to traditional banks, accountholders could apply for home mortgages, car loans, and establish retirement accounts. But unlike today’s highly monitored, highly regulated banking world, the Central Bank of Bitcoin’s charter was to be more of an anti-central bank, serving as a pass-through shell without taking ownership of the currency, but rigorously guarding the anonymity of the accounts and transactions, as well as the integrity of the networks, at the same time, adding a systems layer to promote wider scale adoption.

Even the super-libertarian backers of cryptocurrencies had begun to realize the limitations of operating without a support structure, and in its absence a myriad of proprietary technologies, destructive thinking, and bad actors had begun rearing their ugly heads.

While the original purpose of Bitcoin was to build a counterculture currency and transaction network free from the intrusion and prying eyes of big government, its role has begun to evolve into more of a checks-and-balance system to offset abuses by the worlds existing banking system.

Here’s why creating a Central Bank for Bitcoin may be the next logical step.

The first cryptocurrency, Bitcoin, was created in 2009 by a mysterious developer using the pseudo-name Satoshi Nakamoto. In 2010, the secretive Satoshi handed the reigns of Bitcoin over to Gavin Andresen, a like-minded developer who now manages the operation along with a team of five senior developers.

Less than a third of the original Satoshi code still exists. The rest has been rewritten by Gavin and his team to plug security holes, improve usability, and make it operationally more efficient. Andresen is the one who conceived of the nonprofit Bitcoin Foundation—established in 2013—which is the closest thing to a central authority in the world of Bitcoin.

While we hear a lot about Bitcoin there are many other cryptocurrencies entering the startup arena.

Last week a total of 26 new crypto-currencies were added to the public lexicon with names like Nimbus, Vaultcoin, Darkfox, DeafDollars, and QuietCoin all screaming to be heard above the frothy growing pains of this newbie environment. With Bitcoin’s original source code now open to the public, the number of new cryptocurrencies that have entered the marketplace is over 1,000, averaging well over a dozen new players every week.

Even though most will make little more than a blip on the currency world’s radar screen, a full 27 crypto-coins have cap rates of over $1 million, with Bitcoin far outpacing the rest of the pack with a valuation of over $6.4 billion. 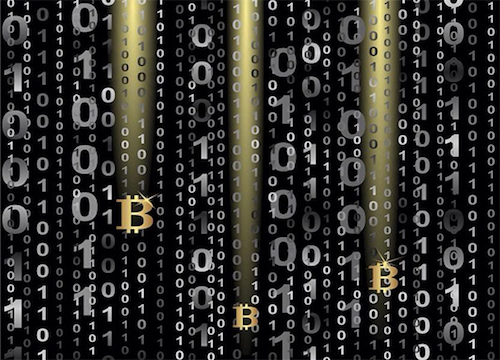 Will other cryptocurrencies be more aggressive than Bitcoin?

Cryptocurrencies are legal in all countries except Iceland, due primarily to Iceland’s freeze on foreign exchange. In Feb 2014, a cryptocurrency called Auroracoin was launched in Iceland as an alternative to Bitcoin and the Icelandic króna, but so far is exhibiting all the telltale signs of being a complete failure.

Controversy over the misuse of cryptocurrency has also led to restrictions in certain countries. As an example, regulators in China banned the handling of Bitcoins by financial institutions during an extremely fast adoption period in early 2014. In Russia, even though cryptocurrencies are perfectly legal, it is illegal to actually purchase goods with any currency other than the Russian ruble.

On August 6, 2014, the UK announced its Treasury had been commissioned to do a study of cryptocurrencies, and what role, if any, they can and will play in the UK economy. The study will also decide on whether they should be regulated.

With the UK and others on the verge of issuing some kind of regulation, the primary tool to avoid piecemeal laws and directives will be to develop a Central Bank to serve as the interface for each nation’s watchdogs.

The Purpose of a Bank

Typically a bank is a financial institution that is involved in borrowing and lending money. Lately, however, the lending side of the equation has turned into more of a bizarre shell game where banks have become so massively risk averse that the only lending happens to government-backed borrowers and over-collateralized businesses and people.

The primary purpose of traditional banks is to: 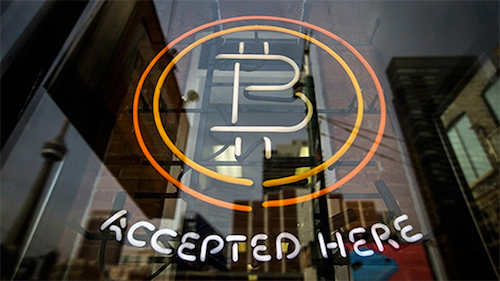 Creating a Business Model for the Central Bank of Bitcoin

Most countries have some form of Central Bank serving as the principle authority for their nation’s financial matters. In this role, a Central Bank implements monetary policy, promotes economic stability, manages the production and distribution of the national currency, and keeps the public informed about the overall state of the economy.

However, a Central Bank for cryptocurrency will have the latitude of performing an entirely different function. This bank will have neither the accountability of managing, influencing, or keeping a specific economy afloat, nor will it have a constituency relying solely on its performance.

From a business standpoint, cryptocurrencies need to watch out for their own users and are primarily accountable for their network, the integrity of their system, and the technology driving it. But from a global systems perspective, a Central Crypto-Bank governing one or more cryptocurrencies will have a completely different charter.

In a globally competitive banking environment, where cryptocurrencies are the new kid on the block, part of the Bank’s role will be to establish the ground rules to coexist in today’s global monetary systems. Declaring war against current banking systems is in no one’s best interest.

Operating without the benefit of an existing legal system, the Bank will need to establish its own forms of mediation, arbitration, and virtual courts for resolving disputes.

It will also need to become the chief evangelist, advocate, and enabler of both current and future cryptocurrency technology. In this capacity the Bank’s role will be to envision and anticipate future technologies and design systems and architecture that allows for a wide range of implementation strategies.

Today’s Central Banks have ways of lending money into existence, but cryptocurrencies typically use a system for “mining” their coins into being. One of the new Central Bank’s mandates could be to discover new and better options for expanding the existing money supply.

Some of the Central Bank’s other roles may be better understood through the following scenarios.

There are many analogies that can be drawn between today’s cryptocurrencies and the Arpanet in the 1960s. While we suspect we’re on the verge of something great, we don’t exactly know where it will take us.

Here are a few not-so-obvious questions to help us think through what may be possible.

“How long before a person can live for an entire year
using no money other than Bitcoin?”

Cryptocurrencies are an organic technology. Much like planting a thousand new seeds into the ground, a significant percentage of these fledgling new currencies will begin getting traction.

With Bitcoin being the flag bearer for this emerging industry, it will bear the brunt of most of the attempts to control it.

In a digital age where cash is the only remaining form of anonymous currency, and even cash is being heavily monitored, cryptocurrencies have become a solution to “intrusive big government” issues.

Even though many Bitcoin transactions are for nefarious purposes, the advantages still outweigh the disadvantages. Cryptocurrencies are on the verge of reinventing our global monetary systems in ways we can’t yet imagine. And the Central Bank of Bitcoin will be one of the key players making that happen.