Fastest Way to Create New Jobs? Automate Them Out of Existence! 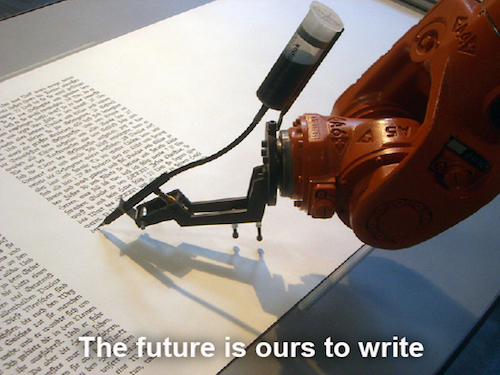 Last week I was speaking at the MD&M West Expo in Anaheim, California on the “future of manufacturing.” With over 2,000 manufacturing exhibitors filling the convention center, there was no small amount of interest in this topic.

With China and the rest of Asia making massive inroads in manufacturing over the past couple decades and automation threatening many of the remaining industries, a huge underlying theme of this event was jobs. Where will our jobs in the future come from?

Job loss is not an idle threat. As everyone attending this conference knows, businesses have an obligation to hire the fewest number of people they can get away with, and when automation eliminates the need for an employee, the employee has to go.

However, while job loss is very real and happening all around us, job creation is also happening, in way that many have not seen coming.

To be sure, the transition period we are in will cause considerable collateral damage, but we will also experience a period of unprecedented opportunity provided we create the right systems for capitalizing on them.

As I mentioned at the conference, the fastest way to create new jobs is to automate them out of existence. Here’s why!

Lifecycle of an Industry 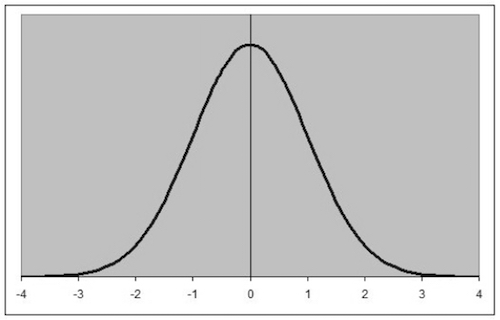 All industries form a bell curve

As with everything in life, all industries have a starting point and an ending point. Usually the starting point can be traced to an invention or discovery such as Alexander Graham Bell’s invention of the telephone or Henry Bessemer’s discovery of a process for making steel cheaply in large volumes. The end comes when new industry replaces the old, like calculators replacing the slide rule.

In addition, all industries form a bell curve. At some point along the way, every industry will experience a period of peak demand for their goods or service. 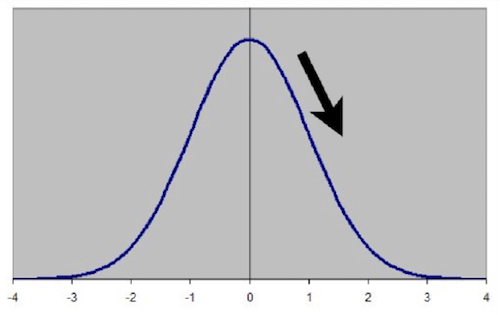 Many industry are entering the downside of the curve

Many of our largest industries today are entering the second half of the bell curve.

To understand this, ask the simple question, “What goods and services that we buy today will we be spending less money on in the future?” The list you come up should include energy, transportation, healthcare, publishing, insurance, telecom, education, construction, mining, and many more.

Leading indicators that industries are entering their top-of-the-curve midlife crisis are a growing number of startups attacking key profit centers.

Prior to reaching peak demand for their goods or service, industries experience a period of peak employment.

Using “Peak Steel” as an example, the peak employment for the steel industry was reached in the 1980s. The peak demand for steel itself is projected to happen in 2024. This is when composite materials will gain enough of a foothold and the overall demand for steal will begin to decline.

Many industries have already begun reducing headcount, partly because of automation, but primarily because they are about to enter their waning years.

The True Engines of Job Creation

Startup companies are necessarily sloppy in how they grow, requiring additional headcount to manage their still-to-be-defined business operations. Mature industries have well-defined processes and are better able to find efficiencies along the way.

A recent Wall Street Journal article tried to correct the perception that this is a small business vs. large business debate. Instead, it’s a young business vs. old business issue.

Their study showed that even before the recession, starting in 2006, government policy shifts caused a key turning point.

Young businesses created an average of 5.5 million jobs per month from 1992 through the end of 2006. Since then, they only created 4.7 million per month. This is appearing to be a long-term trend.

Since stable old businesses tend to be major campaign contributors, policymakers tend to favor them over young startups. While the writers suggest the key to more jobs is a good start-up lobby, the real path to job creation is more automation.

Older Americans are continuing to work, primarily because they can’t afford to retire. The recession has impacted their household budgets, and particularly the value of their investments and retirement funds.

According to new U.S. Census Bureau data, 12.5% of the population is over 65 and that number will grow to 20% by 2040, possibly more if the birthrate continues to decline.

Even before the real age of robots has begun, they are being blamed for stealing people’s jobs.

That’s the view of economists Henry Siu (University of British Columbia) and Nir Jaimovich (Duke University), who point out in a recent article, the reason for this structural change in labor markets is the rise of automation:

“Automation and the adoption of computing technology is leading to the decline of middle-wage jobs of many stripes, both blue-collar jobs in production and maintenance occupations and white-collar jobs in office and administrative support. It is affecting both male and female dominated professions and it is happening broadly across industries – manufacturing, wholesale and retail trade, financial services, and even public administration.”

While that may be true for what’s happening to existing traditional jobs, they fail to account for the wide range of entrepreneurial and new work opportunities that the same technology is creating.

Job losses are easy to count. Startup businesses, however, are far more difficult to monitor because most tend to fly under the radar until they enter a serious growth phase.

Finding the Seeds of Creation in Automation

According to a May 2011 study by the McKinsey Global Institute titled “Internet matters: The Net’s sweeping impact on growth, jobs, and prosperity,” the Internet has accounted for 21% of GDP growth over the last five years.

They also concluded the Internet is a key catalyst for job creation. Among 4,800 small and medium-size enterprises surveyed, the Internet created 2.6 jobs for each one lost to technology-related efficiencies.

We are now transitioning from room-size automation, which only large companies could afford, to desktop automation that allows small and even one-person businesses to be part of.

Automation is no longer to domain of the elite few, and the quicker we can make the transition to all industries, the quicker everyone can participate.

The Economics of Automation

Without humans there can be no economy. So when it comes to automation, consider this:

Automation does not happen simply for the sake of automation. It’s intended to benefit people.

If we only look at what automation will eliminate, we’ll be viewing the world through a glass-half-empty lens.

In Feb 2012, I made the prediction that over 2 billion jobs would disappear by 2030. We seem to be on track for that to happen.

Whenever jobs go away, politicians tend to have a kneejerk reaction trying to implement legislation that enables us to hang on to the past for a while longer.

But job losses will happen regardless of whatever overt attempts are made to stop the hands of time.

Contrary to popular opinion, automation creates jobs. As the McKinsey study has shown, we get a 2.6 to 1 benefit from jobs lost through digital automation on the Internet. Since the physical world is 5 times the size of the online world, we may create even more jobs with physical automation.