Our Alarming Culture of Pill People and Future Trends in Healthcare 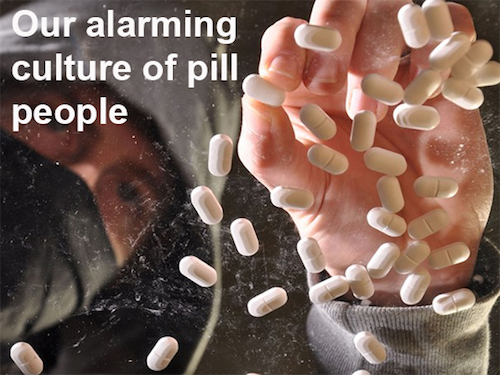 How many pills do you take on a daily basis?

According to a 2010 study by Colorado State University, about 68% of American adults take multivitamin supplements. At the same time the average American fills 12 prescriptions a year.

After spending the past few days with my aging parents in an assisted living center in Arizona, daily meds and supplements have become a critical issue for them to deal with.

Yes, every person is different and their daily “pill cocktail” will vary, but the notion that virtually every problem has a “pill solution” is still very much alive and well in today’s culture.

On one end of the spectrum is my colleague and fellow futurist, Ray Kurzweil who takes upwards of 250 vitamins a day, and on the other end are those who don’t take any.

To be sure, future generations will refer to us as the “pill people” because of our addiction to the quick fix. But as with all cultural memes, they have a beginning, middle, and end. Sometime in the near future, pill taking will peak and other types of cures, therapies, and self-healing techniques will begin to replace our need for pills.

The average American today takes slightly over 10 pills a day. By 2050, that number may very well be zero. If that’s the case, what will be the next big thing destined to capture the money we spend today on pills? Here are a few thoughts. 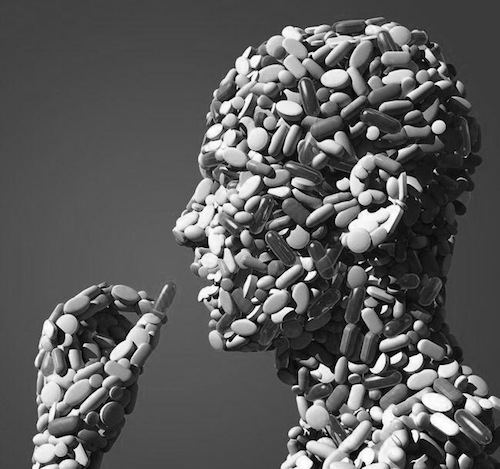 Popping a pill may seem like an easy fix, but when is it too many?

Projections show that Americans today spend over $270 billion on prescription drugs vs. slightly over $34 billion for non-prescription alternatives and vitamins.

Naturally, having too many prescriptions causes a myriad of problems.

According to the Centers for Disease Control and Prevention, 14,800 Americans died from overdosing on opioids in 2008, the most recent year data is available—more than the number of deaths from heroin or cocaine.

While there are still many issues with those who need medications and don’t have access to them, there are far more red flags being raised over excessive pill taking.

Adhering to a doctor’s regimen can become an issue as well. As with my mother, it gets complicated when someone takes a dozen prescriptions daily – some once a day, others twice a day, some with food, some without, some that can be taken together, others that can’t. It can be challenging to remember a routine like this one time, let alone stick to it day after day.

Even though we are living in a pill-oriented society, people don’t like taking them. On one hand, pills offer hope for a healthier or pain relieved body, yet recent studies indicate significant anxiety over side effects and drug interactions, plus many simply don’t really believe the drug was ever necessary.

Setting the Stage for What Comes Next

A new survey conducted by the Pew Research Center’s Internet & American Life Project shows that 69% of adults in the U.S. now track a series of health indicators both for themselves and/or a loved one.

That said, much of the tracking is done informally and simply committed to memory:

With this being the first national survey measuring health data tracking, which has been shown in clinical studies to be a tool for improving outcomes, particularly among people trying to lose weight or manage a chronic condition, the Pew survey went on to conclude: 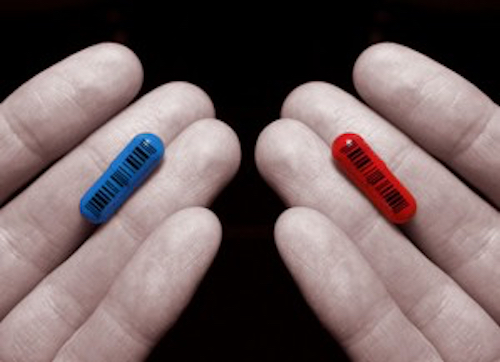 Pills will soon be able to convey their effectiveness digitally.

Enter – The Internet of Things, Increased Awareness, and Super Precision

The Internet of Things will grow to an estimated 50 billion devices connected to the Internet by 2020, and many of these devices will be sensors that track our body functions.

Smart dust sensors, smaller than the tip of a pencil will soon be embedded in our clothes and shoes, giving us constant tracking information, and signal us whenever we reach a danger zone.

Along with having our bodies “radiating” health data, a number of tracking services will become available to make it simple for average people to live healthier lifestyles without waiting for that occasional emergency forcing a doctor visit to get back on track.

Here are a few likely outcomes we will see in the future: 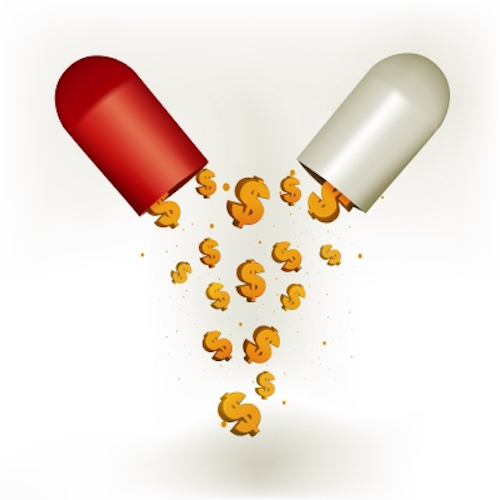 How much money do you spend on perscription drugs?

We are currently spending a bloody fortune on pills.

While Big Pharma would love nothing better than for this to continue, a number of disrupting forces are now in play, and over the coming years, revenue streams will begin to redirect, creating huge opportunities for what comes next.

New government healthcare policies will force downward pressure on pricing and spending, while at the same time drive a number of known efficiencies currently sitting on the sidelines.

Since healthcare is such a confusing topic, with constant competing claims and contrarian viewpoints, changes will take far longer than most are predicting. As always, the early adopters will lead the way, but not all early adopters will be following the same trajectory.

With a rapidly aging population, opportunities will be huge for the next decade and beyond in this massive business battlefield.