Ghost Towns of the Internet 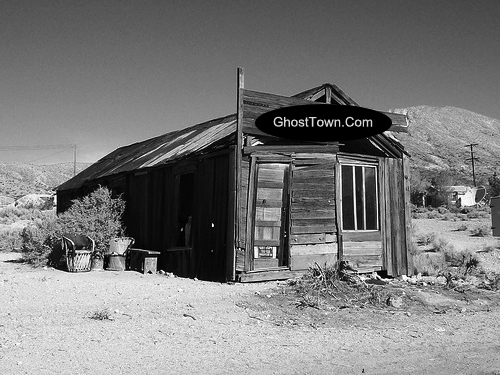 In 1859 the tiny community of Tin Cup, Colorado got its first taste of gold fever. A tiny amount of gold was all it took for prospectors to start poking around with hopes of striking it rich. Twenty years later they landed their first major strike and rumors of the find spread across the country.

By 1900, the once insignificant mountain settlement had mushroomed into a bustling gold town with over 2,000 people. But in a short time the mines were exhausted, the people left, and the post office closed its doors in 1918. Today, the only remnants of this once thriving community are a few abandon buildings and a couple signs along the road.

Ghost towns are a rich part of world history. There are literally thousands of examples of these now-irrelevant pin pricks on a map. Overnight sensations quickly became a distant memory in the years that followed.

Is the Internet today really that much different than the gold rush stories of the late 1800s?

For ghost towns, the reasons behind their demise vary tremendously. Pripyat, a small town in northern Ukraine, reached a population of 50,000 before the Chernobyl Nuclear Power disaster. Today, it is glowing with abandonment.

Jonestown, Guyana was founded as both a “socialist paradise” and a “sanctuary” from media scrutiny by cult leader Rev Jim Jones. After reaching a population of nearly 1,000 people, the entire population participated in a mass suicide, causing it to become little more than an entry in the why-in-the-hell-did-they-listen-to-him history books.

Will the digital ruins of today’s Internet ever compare to the physical ruins of Ancient Greece or Ancient Rome? Will anyone even know they existed?

In 1962, Woolco began a 20 year rollercoaster ride through retail history. At its peak the Woolco name was a powerful force in the marketplace, with hundreds of big box stores in the U.S., Canada, and Great Britain employing tens of thousands of people. Today the name hardly merits a mention in history books.

In the 1970s, IBM’s Selectric Typewriter had established itself as a critical cornerstone of office activity. But when computers arrived in the 1980, typewriters began to disappear and now the Selectric brand is little more than a museum piece.

In 1999 some of the top Internet properties were Lycos, Xoom, Excite, AltaVista, and GeoCities. Each of them were attracting millions of web visitors each month, competing head to head with companies like Microsoft, Yahoo, and Amazon. Today each exists in name only, resting quietly in the shadow of its former existence.

As we entered the 2000s, many companies began to focus on organic content creation with customer doing most of the heavy lifting when it comes to the time and labor used to build a primo web property.

As a result of this trend, data has been accumulating so fast that companies are investing heavily in server capacity to accommodate customer demand. While the exact numbers are being closely guarded, here are some notable data points to consider:

The difference today between the ghost towns of the Wild West and the brand names of the 70s is the speed with which changes are happening.

Future Ruins Viewed as a Digital Past

As we look at the next generation of the Internet, watching carefully as it unfolds, we cannot help but be struck by how quickly it has infiltrated our lives and how much of our attention it currently commands.

Much like the physical structures in our cities that form along the horizons of our urban landscapes, the data structures inside today’s data giants represent some of mankind’s most remarkable feats. True, they exist only as a digital compliment to the bricks and steel of physical buildings, but they hold within them vital clues about who we are, what we find valuable, and our drives and passions for forging ahead.

So what will happen to the likes of these ground-losing giants?

Certainly each of the companies has the potential to breathe new life into their business and add buoyancy to their sinking ship. But even the best business managers can only hold things together for a while.

Life expectancy for modern day businesses, even the remarkable ones, is measured in decades, not centuries.

Are today’s success stories nothing more than a prelude to tomorrow’s disaster stories?

The digital world as it exists today contains the keys to humanity, the raw essence of personhood, and in the long run, the future of our children’s children.

More important than the decaying wood and weed infested streets of physical ghost towns, what will happen to the data reserves and important scraps of our civilization that can be instantly erased with the flip of a switch rather than the erosion of time?

These are all hard questions without good answers. But rest assured, the ghost town era of the Internet is coming, and for some, it has already arrived.

← The Day that Google Died Competing for Status →