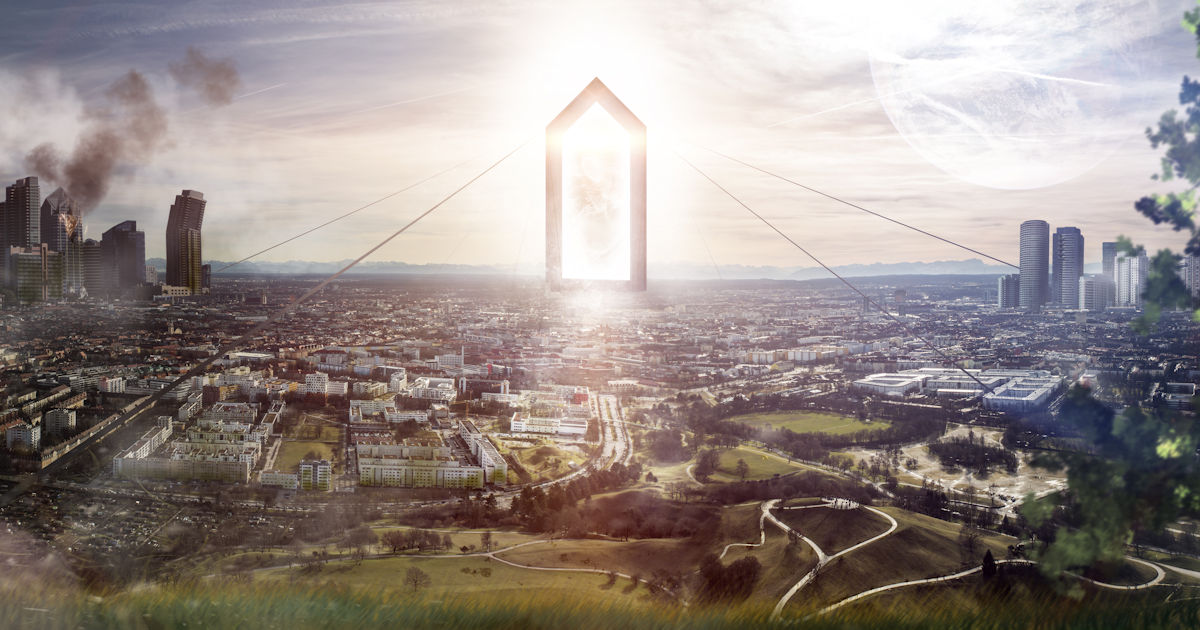 In the midst of this COVID-19 era, it’s hard not to be completely caught up in the day’s negative news. Deaths. Infection rates. Business bankruptcies. Foreclosures. For most people, the world has suddenly become a very scary place. Even those who are fortunate enough to be healthy and employed hardly dare think about the future. Few can imagine living carefree again with forward-looking optimism because it will be hard enough just imagining going through a day without the need to social distance or wear a mask.

Not to minimize the current situation, but very soon the people of this world will need hopeful narratives that can lift them up, re-define their future, and help them break free of the current angst. These kinds of missions and opportunities historically arise following periods of gloom and challenges.

The United Nations emerged on the heels of the incredible devastation of World War I. In the midst of the Cold War in 1962, the U.S. and much of the world was unified by John F. Kennedy’s charge and vision of “landing a man on the moon and returning him safely to the earth.”

When a nation or the global community has been traumatized by a manmade or natural calamity, it often takes a diverting vision – for example a mega-project focus – to keep us moving forward.

COVID-19 has been an historic, world-changing event. We’ve been rocked by the last seven months. We’ve changed. As nations seek to recover from the fallout of this virus, governments need to realize it’s time for a new set of visionary goals to pull us into a new era.

Our leaders should view the coming post-virus era as a tremendous opportunity to rally the public around a cause. One way to do this is to embark on one or more national or global “mega-projects” that spur our imagination for the better and transform major segments of our economy. Most citizens like to be part of a mission bigger than themselves.

As a rule of thumb, we should spend about one trillion dollars on basic infrastructure for every one billion people on the planet. Until now, we’ve only been spending a third of that. The World Economic Forum last year estimated there was a $15 trillion shortfall between the infrastructure spending planned by the world’s nations and the amount that’s truly needed.

This isn’t the place to debate why that’s not occurring. My point is that major infrastructure projects and related new technologies can be the transformative mega-projects we need that will define our future and give new purpose to our present.

Let’s think big, beyond what we normally think of as regional infrastructure projects like bridges and tunnels. We need the kinds of challenges that engender positivity, hope, and, more often than not, new industries, careers, jobs, and economic opportunities.

Take your pick, there are a lot of possibilities to choose from. How about new mass energy generation and storage systems or next-generation smart cities? That’s a good start, but there are many more to consider:

For a mega-project to be successful, it will need to:

Will mega-projects be privately managed by companies and consortiums or should they be government-funded and sponsored? The end should determine the means and there’s room for both approaches.

After all, who would have thought in the 1970s that manned space flights 50 years later could be handled by a private company? And on the other hand, if the market can’t or won’t support the evolution of a vital new technology, then it’s time for a public policy debate about the relative costs and benefits of government/multi-government involvement.

As several of these mega-projects unfold, we’ll likely spend more on infrastructure in the next 40 years than we have in the past 4,000 years. And COVID social distancing and super-spreader events will all be a distant memory.