We have Officially Entered the Drone Era 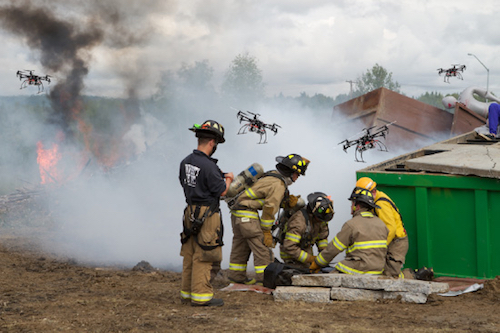 Yes, drones have been around for a long time and the military has already committed countless billions to drone R&D, but when a U.S. Senator dedicates 13 hours to filibuster the topic of drones, it signals far more than a token political move.

Drones have taken center stage and an anxious and eager public is waiting to see what comes next.

Along with the political headlines come the opportunity-spotters who can sense a host of major business opportunities ahead.

At the same time, the FAA will struggle to formulate a strategy for managing airspace when we have the potential for tens of thousands of flying drones crisscrossing the skies on a daily basis.

So where do we go from here? 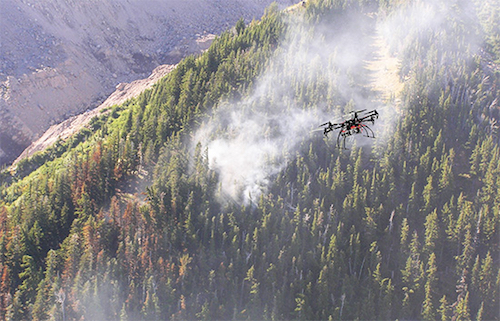 Living in Colorado, where people are constantly hiking, camping, skiing, or climbing mountains, it’s easy to become enamored with the beauty of our surroundings. But sometimes accidents happen and the tiny campfire we built to keep us warm gets out of control and rapidly turns into a full-scale forest fire.

During the first few minutes, between the time when a fire first starts and it reaches a point of being out of control, is a containment window where only a few gallons of water or a few pounds of fire retardant is necessary to put the evil genie back into the bottle.

Using a fleet of surveillance drones, equipped with special infrared cameras, fires could be spotted during the earliest moments of a containment window, signaling a fleet of extinguisher drones to douse the blaze before anything serious happens.

Drones specifically designed for extinguishing forest fires have the potential for eliminating over 90% of the devastating fires that blanket newspaper headlines every summer. Whether or not eliminating fires altogether is good for the long-term health of forests is certainly another topic for discussion, but this is a clear example of how drone technology can be used to alleviate one of mankind’s biggest problems. 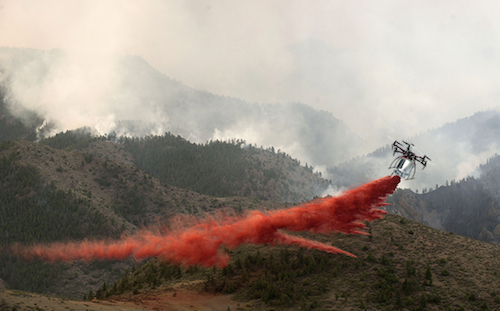 Putting out a fire before it gets too large

But, as we know, not everything about drone technology is good. Somewhere along the lines we’ll be forced to decide if the advantages of the good drones outweigh the disadvantages of the bad drones.

As a technology, a flying drone can extend the reach of an individual by hundreds, even thousands of miles. They can skim along the surface of the earth and avoid detection by traditional radar systems.

A good drone, used to deliver pizza and packages, can also be a bad drone delivering bombs, drugs, or poison.

The same drone that can spot a forest fire can be used to spy on corporate executives, government officials, or military activity.

An evil person, coupled with the power of a drone, could bring down a commercial aircraft, start fires in buildings, sever power lines, cause car accidents, poison our water supplies, or drop a viral contagion onto a crowd of people.

As most people already know, the power to protect, placed in the wrong hands, quickly becomes the power to destroy.

In much the same way the networking effect of Internet has given rise to virus-builders intent on destroying the work of others, the white-hat drone industry will have to deal with a wide range of black-hat destructionists. 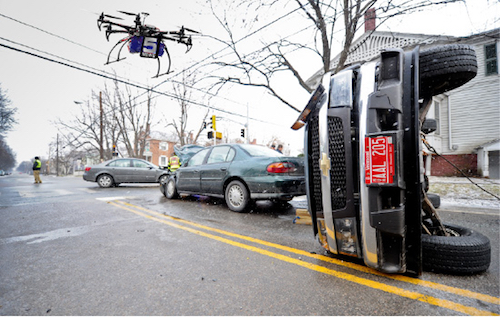 Channel 5 reporting on a car accident as it’s happening

The right to keep and and bear drones

Or does it only give us the right to own guns capable of shooting down drones?

A new bill recently passed by congress and signed into law by the President has taken a major first step. A recent article in the New York Times summarizes it this way:

“Under the new law, the F.A.A. must allow police and first responders to fly drones under 4.4 pounds, as long as they keep them under an altitude of 400 feet and meet other requirements. The agency must also allow for “the safe integration” of all kinds of drones into American airspace, including those for commercial uses, by Sept. 30, 2015. And it must come up with a plan for certifying operators and handling airspace safety issues, among other rules.”

This is just the first of many new pieces of legislation that will be used to create a safe but open playing field for this emerging industry.

Where do we go from here?

When Abe Karem, the aerospace engineer known as the father of the Predator created his first drone in 1973, he had no clue what he was about to unleash.

In much the way we deal with controlled substances, drones will be considered a “controlled technology.”

New systems will emerge for licensing and registering drones. Similar to the recent flurry of gun control legislation, every “major drone incident” will spawn new forms of drone-control regulations.

Privacy issues will be an ongoing concern. With technology for seeing through buildings and improved clarity at a distance, the drone industry will be constantly pushing the envelope of what’s acceptable. This has been kind of a legal gray area until now, with the F.A.A. warning, but not fining, individuals. 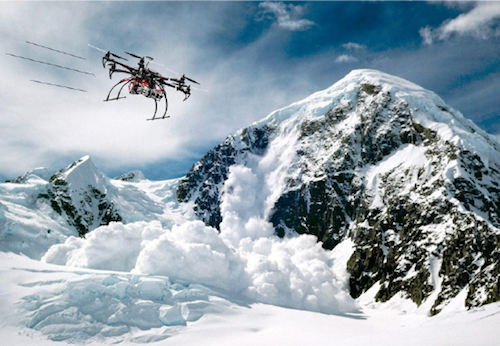 Sometime over the coming months you can expect to see a version of the following help wanted ad:

The drone industry in the U.S. currently stands at roughly $5.9 billion, but will grow significantly over the coming years.

We are still in the very early stages of this technology. The emerging do-it-yourself droners are still driving much of this industry.

At the same time, conditions are ripe for a major player to enter the fray. As an example, if Apple, Samsung, or Google were to start offering flying drones, under $1,000, controllable with apps through their smartphones, the industry has the potential of mushrooming into tens of millions of units in a matter of months.

So what percentage of people will own a personal flying drone 10 years from now? I predict it will be upwards of 90%. What do you think?