The future of the world is heavily dependent upon countries with the poorest education systems! Here’s why! 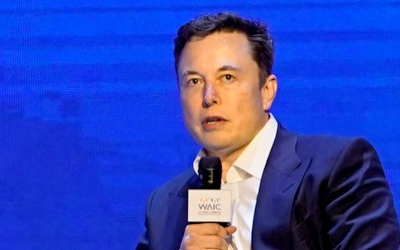 “The biggest problem the world will face is population collapse!” – Elon Musk

Pay close attention to these six countries: Nigeria, Congo, Tanzania, Ethiopia, Angola, and Pakistan. The future of our planet is happening inside these countries.

Well, population collapse is not happening inside these six countries. In fact, just the opposite.

While global fertility rates are plummeting, half of the world’s future population is being born in these countries.

Africa is projected to overtake Asia in births by 2060, if not sooner.

If current birth rate trends continue, over 90 countries will experience declining populations before the end of this century, and the median age of people on planet earth will change from 31 today to over 42 by 2100.

According to Pew Research, these six countries are projected to account for more than half of the world’s population growth through the end of this century, and five are in Africa – Nigeria, Congo, Tanzania, Ethiopia, Angola, and one non-African country, Pakistan.

At the same time, very little money is being invested in educating this future half of the planet.

All of the countries in blue have super low birth rates!

Demographics is a tricky subject, especially when it comes to projecting out over the next 80-100 years. But children born today will likely live more than 100 years, and birthrates are driven more by culture than they are by other trends.

It is the children and grandchildren of today’s young people that will determine the fate of our world, and those kids are being born primarily in Africa and parts of Asia.

India is projected to surpass China as the world’s most populous country in 2027.

According to the UN’s latest study, by 2100 the counties with the most people in the world will be:

In the UN report, by 2100, the world’s population is projected to reach approximately 10.9 billion, with annual growth of less than 0.1% – a steep decline from the current rate. But many now doubt whether the global population will exceed 9 billion. More on this below.

The global fertility rate is expected to drop to 1.9 births per woman by 2100, down from 2.5 today, and well below the replacement rate of 2.1. 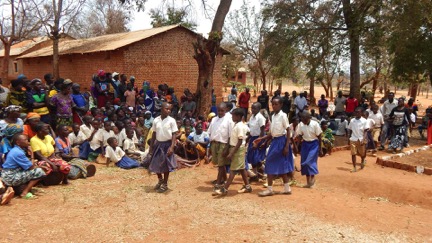 Kisokwe Primary School in Tanzania is home to 800 primary students.

The Poorest of Poor Education

According to the UN, roughly 69 million new teachers must be recruited and trained in order to achieve universal primary and secondary education standards established by UNESCO (UN Educational, Scientific and Cultural Organization).

Sub-Saharan Africa and South Asia are the regions most affected by this worldwide teacher shortage. In these countries, less than three-quarters of teachers are trained to national standards.

In Africa, where they have the fastest growing school-age population, 20% of all children do not attend any school whatsoever, according to UNESCO research.

Adult literacy rates in these six counties are as follows:

There are many reasons for poor education. Here are a few more:

Lack of Funding – Only 20% of financial aid for education goes to low-income countries, according to the Global Partnership for Education.

Children in many countries in sub-Saharan Africa are often squeezed into overcrowded classrooms, classrooms that are falling apart, or no classrooms at all – learning outside. They also lack textbooks, school supplies, and many other tools they will need to become successful. In Malawi, for example, there are an average of 130 children per classroom in first grade.<

Outdated and worn-out textbooks are often shared by six or more students in many parts of the world. In Tanzania, for example, only 3.5% of all sixth grade students had their own reading textbook.

Gender is one of the biggest reasons why children are denied an education. Despite recent advances in female education, a generation of young women has been left behind. Over 130 million girls around the world are not currently enrolled in school. One in 3 girls in the developing world marries before the age of 18, and typically leaves school when they do.

When it comes to warring tribes or regional conflicts, most often local education systems are the first thing to fall apart. Children exposed to violence are far more at risk for becoming under-achievers and for dropping out of school. The impact of conflict cannot be overstated. Nearly 250 million children are living in countries affected by warlords, violence, and regional conflicts.

For many children, walking three hours in each direction is not uncommon in many parts of the world.

The impact of hunger on education is seriously underreported. It’s estimated that roughly 155 million children under the age of five have become intellectually stunted even before entering school. 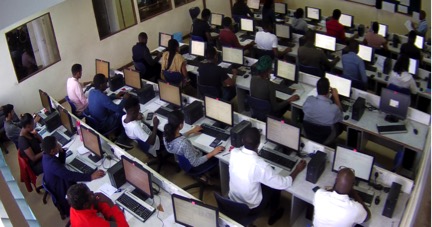 Pockets of excellence! This is the Oshwal college computer lab in Kenya.

Poor countries do not need to have “poor education”.

For the first time in modern history, the world’s population is expected to virtually stop growing before the end of this century, due in large part to falling global fertility rates.

The U.S. Census Bureau numbers show the world population growth rate peaked over 40 years ago in 1963 and has been trending downward ever since.

Counter to what the UN is estimating, demographers at the U.S. Census Bureau predict that absolute human population will peak at 9 billion by 2070 and then diminish. This prediction of racing to 9 billion, once forecast to occur 1950, keeps getting throttled back, and may indeed never happen.

Long before 2070, many nations will shrink in absolute size. At the same time, the average age of the world’s citizens will shoot up dramatically. For example Mexico is aging 5 times faster than the United States. By aggressively addressing the dangers of overpopulation, the world may have pushed on the brakes a bit too hard. Instead, the big new problem will be an aging and declining population.

Before giving in to the temptation of thinking fewer is better, think again. Growth is an economic driver. A world with fewer people has fewer people buying new homes, new clothing, and meals in a restaurant. A planet with a shrinking population will suffer from entirely new kinds of problems, such as “ghost town syndrome,” leading to tired and often sickly economies.

Coupled with the other challenges associated with an aging, shrinking society, the elderly are less inclined to innovate, learn new technical skills, or take the same kind of risks as their younger counterparts. If these tendencies hold, a graying society will be less equipped to meet the challenges ahead in the coming age of empty playgrounds.