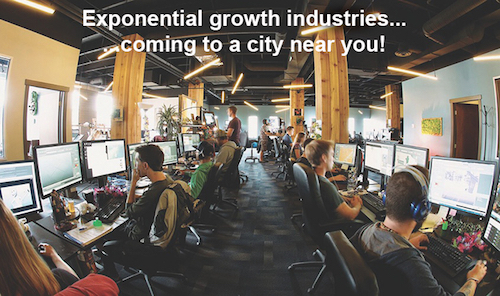 When it comes to innovation it’s always hard to point to that exact moment when an invention, contribution, or individual caused the course of history to change.

But there’s something about the right combination of ideas, technology, and personalities that creates a new force of nature.

Most of it is driven by unsung heroes, slaving over a project or detail that virtually no one will ever know about, forsaking family and friends, working past the point of exhaustion, putting their own creativity to the test, for an accomplishment that can neither be explained or demonstrated.

But somehow it makes a difference.

It makes a difference to them and the next unsung hero who gets handed the same spark-of-ingenuity and is tasked with moving the innovation needle another millimeter along the path of progress.

That’s what happened in 1852 when Elisha Otis invented the safety elevator, an elevator that automatically comes to a halt if the hoisting rope broke. This one breakthrough opened the door for high-rise building to be erected all over the world.

That’s also what happened in 1950 when Frank McNamara and Ralph Schneider devised a way of using a small cardboard card to pay their bill at a restaurant. This insignificant transaction is what launched Diners Club and paved the way for today’s massive credit card industry.

It happened again in 1990 when Tim Berners-Lee, sitting in his laboratory in CERN Switzerland, developed HTML, URI, and HTTP, some of the critical pieces for launching the World Wide Web.

However, each of these turning points in history were built on the work of hundreds of people, and thousands of minor accomplishments, leading up to the point of their contribution.

Once the Internet was formed, the network itself became a massive platform upon which millions of new innovations could spring to life. As a networking platform, every new application can be hung like ornaments on a Christmas tree, to add additional capabilities.

In a connected digital environment, innovation is parsed into far smaller pieces, enabling even more people to contribute.

In 2007, the introduction of the iPhone paved the way for a massive app-building community that has made smartphones an essential part of everyday living.

Today we are witnessing the convergence of technologies that are forming several new platforms, each with the potential to grow exponentially into an Internet-sized opportunity.

Meet the New Kids on the Block

Most people are aware of these technologies, having heard the buzz in the news media, but few are actually viewing them as massive growth engines with the same explosive potential as the Internet.

Many of these started long before we ever heard of the Internet, but the Internet is what’s given birth to a host of new turbo-charged offspring.

Over the coming years we will hear about things like cross-platform connectedness, interoperability, and operating system wars. But in the end everything is connected. We’re moving from a connected world to a super-connected world, and we’re just getting started.

Here’s a look at the new kids on the block. 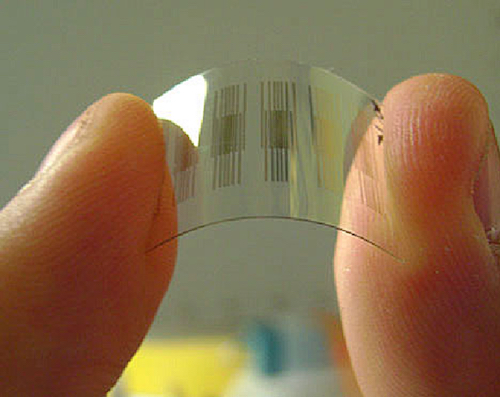 When Janusz Bryzek, VP of Fairchild Semiconductor first presented the idea of a trillion sensor summit, the prospects of growing and managing that size of sensor network seemed like a far off dream.

However, the mobile market is a bullet train for the sensor industry. With the number of sensors doubling every 4 years in smartphones, reaching upwards of 80 per phone by 2024, and the sale of smartphones projected to reach 2.5 billion annually, this one industry alone could account for more than 200 billion sensors per year in less than eight years.

As the sensors grow ever cheaper, and the network grows ever larger, the more data we as individuals, professionals, companies and governments will collect and analyze to make ever more intelligent decisions.

Sensors that measure heat, light, moisture, movement and thousands of other attributes will shrink to dust-sized particles and be imbedded in coating like paint and powder coating, planted with our crops, sewn into our clothing, and 3D printed into products to add tiny bits of information to virtually ever surface around us.

More importantly, the sensor industry is paving the way for the Internet of Things.

One day soon, we will wake up and wonder how we ever survived in a world of ‘dumb’ disconnected things. Our homes, including our pantries, closets and shoe racks, our offices, factories and vehicles will be full of connected devices.

The World Economic Forum estimates that the number of connected devices will grow at a compound annual growth rate (CAGR) of 21.6% over the next four years from 22.9 billion in 2016 to a headline-grabbing 50.1 billion by 2020 – equivalent to almost five connected devices for every person on the planet.

But we’re just getting started. As an industry, the Internet of Things will work closely with the 3D printing industry to make all of our products smart-products. 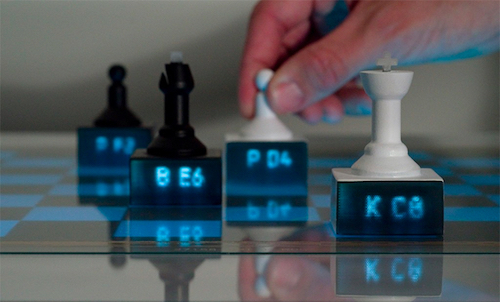 Exponential growth in 3D printing is being fueled by improvements in scanning, materials, and multi-material print capabilities.

3D printing already appeals to artists, architects, inventors and other creatives who need an easy method of prototyping or modeling.

The reach of 3D printers extends far beyond that. While the printing process today is slow, tomorrow’s machines will be designed as full production models where virtually anything can be produced cheaply and in large quantities eliminating the need for overseas manufacturing. 3D printing will support a diverse range of other applications including medicine, fashion, and even food, if you are into artistically designed highly processed meals.

The industry will continue developing. On the consumer front, lower prices will make 3D printers more attractive and improvements in quality, speed and safety will further the cause. 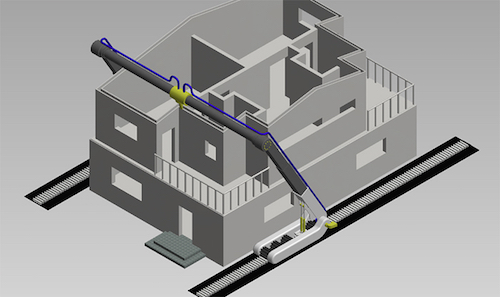 Many people tend to dismiss contour crafting as the grown up version of 3D printing for building houses, but it ends up being a completely different industry with vastly different enablers and growth curves.

Next generation contour crafting will be far more than just printing the structure. Multi-material machines will print the wiring and plumbing in the walls, cabinets and fixtures in the kitchen, and toilets and sinks in the bathroom.

We will no longer have the need for flat walls. Every wall can be an artistic centerpiece.

Our very definition of what a house, condo, or office is will begin to change once we begin to explore the full potential of this technology.

Architects will go crazy with their ability to create freeform designs impossible to build with today’s construction methods. 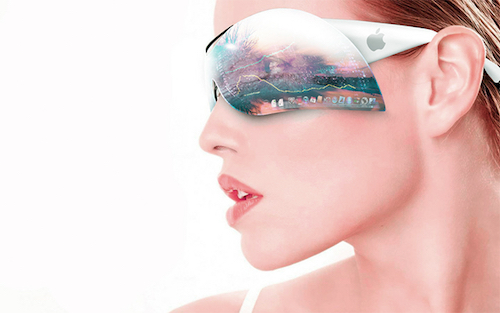 References to VR go back over 80 years, and AR about 50 years, but the term “virtual reality” started making its way into modern culture in the 1980s due to Jaron Lanier, one of the modern pioneers of the field.

However, it wasn’t until Facebook bought Oculus in March 2014 that the entire world started taking notice.

While VR itself is a technology platform, it has taken many years for all the necessary pieces to come together to create the exponential explosion that is about to happen. The enabling tech convergence is being driven by our growing bandwidths, networks, and VR equipment that is both reasonably priced and sufficiently high resolution to create a mass consumer market.

VR and AR applications are about to touch every industry today including architecture, gaming, education, physical therapy, entertainment, sports, communications, and much more. 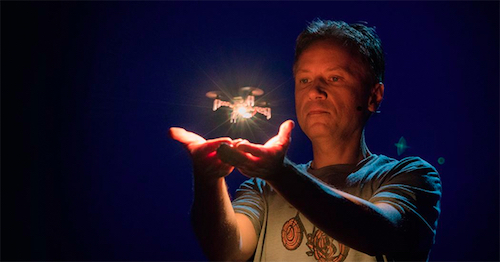 When I wrote my column on 192 Future Uses for Flying Drones in 2014, it was intended to spark people’s imagination.

At the time I hadn’t really given much thought to the driving, swimming, climbing, rolling, jumping, surfing, and digging drones that have begun to dot the emerging technology landscape.

Any combination of movement and automation can be used to develop of whole new range of capabilities for next generation robotic vehicles.

By 2030 the drone industry will have splintered into multiple new industries with abilities impossible to imagine from today’s vantage point. 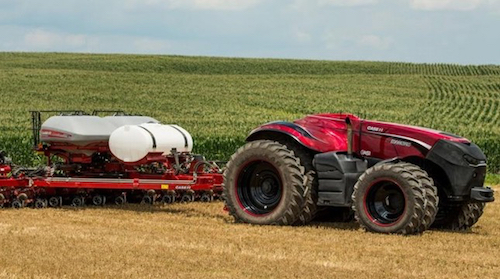 A form of on-demand transportation is already happening with companies like Uber and Lyft. If we eliminate the driver, costs will plummet.

There’s a significant difference between a driverless car and a fully autonomous vehicle. We already have a number of vehicles on the road today with driverless features, but that’s only a small step towards the no-steering-wheel type of driverless car many are imagining.

As I’ve said many times, driverless cars will change transportation more dramatically than the invention of the automobile itself.

Artificial intelligence has a magical element to it because we still don’t know where its capabilities end.

As example, AI music is coming. We won’t need musician to write new music, AI can do it all by itself.

Very soon we’ll have all-AI music stations on the radio and AI background music playing at parties. ASCAP can try to collect all the royalties they want, but they’ll soon be out of business.

That doesn’t mean we’ll all rush to buy AI produced products, but at this point we don’t know.

It does mean that AI will be entering our lives in thousands of different ways, and it will eliminate tons of jobs along the way.

So if these eight technologies are driving the next wave of innovation, what comes after them?

Rest assured there are a large number of equally transformative technologies already percolating their way to the top. Some may even grow faster and more explosively than the list above.

The next generation of transformative technologies may be exponentially larger, possible 32 or 64 of them happening simultaneously.

Going back to the Christmas tree analogy, tiny improvements will be hung like ornaments on each of the new platforms, causing them to scale far faster than ever before.

If you think we’re going to run out of work anytime soon, think again. We’re about to enter a period of severe talent shortages. But since, future jobs will bear little resemblance to our jobs today, only the super adaptable need apply.