Our Future is being formed around one simple question, “what’s missing?”

There’s nothing better than having a moment of brilliance that hits you and you think, ‘YES’!

In my world, we often spend time talking about epiphanies. That’s because every new product and business starts with an epiphany, so it’s in our best interest to create more epiphanies.

Taking that one step further, our future is being defined and created by epiphanies that happen inside the minds of cutting-edge startups, and many of these entrepreneurs start by asking one simple question, “what’s missing.”

Whenever we can identify one of these missing opportunities, we gain massive insights into the world ahead.

Have all the good invention ideas been taken? It seems like every week we hear about a cool new tool, product, or feature to enhance our everyday lives. The inventor in us says, “Oh man, I wish I’d thought of that!”

Is there anything left for us to contribute for the betterment of mankind? What problems are still unsolved? What life enhancements have we not thought of and addressed? “What’s missing?”

The short answer: A lot.

By combining a little imagination with some wishful thinking, it’s not hard to come up with a list of what’s missing in our lives. You know, the kinds of things that once we have them, we’ll wonder how we ever did without them. Such as:

While we do have virtual sources of information, and we can ask an online avatar “What’s the weather look like for tomorrow?” or “Where’s the closest falafel restaurant?,” we still don’t have a trusted online soulmate who knows us well who can provide an objective and informed opinion on important life choices or a virtual friend who will understand and keep our deepest and darkest secrets.

2. A new model for home ownership

We seem to be stuck in a housing model where we’re either homeowners or home lessors. That means we’re confined to the inherent trade-off between permanence and transience, stability and uncertainty, asset growth and continued disbursements. Is there another way to deed or bestow home ownership – perhaps an earned model rather than a cash-based one?

“Natural” is good but it’s one-size-fits-all. One way to improve our food supply might be to customize it to a person’s unique situation and needs – their metabolism, unique deficiencies, and even health goals. Adding or subtracting certain ingredients and components in an otherwise natural food product may make it less “natural,” but since nature has never been human-centric, maybe that’s not a bad thing. 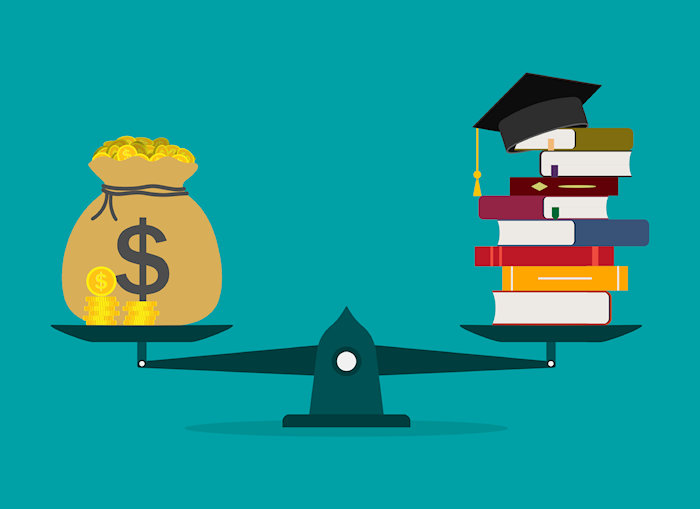 Most people working in a gig arrangement probably never graduated from college or high school with the goal of becoming a gig worker. And when they settle into that space, there’s a lot of learning on the fly – everything from writing contracts, to pricing services, negotiating deals, networking relationships, accounting, tax issues, and career planning. There should be a place to learn these skills and maybe even a certification to verify your achievement.

5. Movies in the round

It’s been a while since the latest movie theater innovations. Surround-sound and 3-D movies are so last decade. How about movies filmed and projected in a holographic format? With the action happening in the center of the 360-degree theater, every seat would offer a unique perspective on the film – and a strong incentive to see it more than once.

Devices that talk to us lack personality. If you had the ability to create a new “personality,” with some new personality-builder software, what features would you want it to have? And what type of devices would you want to download it into? Adding a personality or two to a computer or robot is only one possibilities. But what if you could download personalities onto your refrigerator, your car, your bathroom mirror, or the front door of your house?

Imagine an advertisement for a product called – Arguing Shoes: “Our research has shown that most children today think of their feet as an extension of their own personality, and a source of entertainment. For this reason we have created the world’s first talking shoes. But after extensive testing we found that just talking to their feet didn’t exactly excite kids. So we spent time designing shoes that not only talk, and carry on a conversation with each other, but also argue with each other. For whatever reason, kids just love watching shoes that are constantly arguing and bickering with each other. To make it even more interesting, our shoes not only argue with each other, we’ve designed them to pick a fight with any other shoes within earshot. This will create hilarious situations in shopping malls, movie theaters and schools, entertaining children everywhere!”

Over time, sensors embedded in our clothing or even under the skin will monitor food intake and its effect on our metabolism and start creating guidelines for our next meal. As we enter a restaurant, our food-caster will notify them of our dos and don’t to keep our diet on track. Order a double-cheeseburger and the transmitter will know to rewrite your online with a plant-based meat substitute instead! 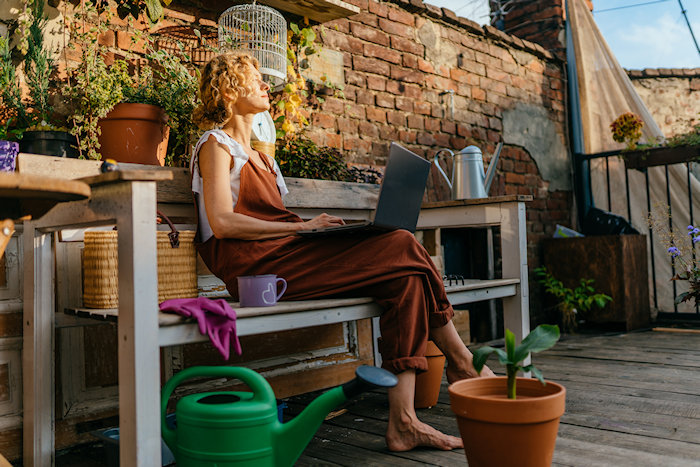 With prototypes of natural language translators already in existence for humans, the next step will be technology that bridges the communication gap between humans, and plants and animals.

In case doing the right thing for the sake of doing the right thing isn’t good enough, we could gamify our interaction with people and the world around us. Points for voting, donating, complementing, listening, and mentoring, for example, could be exchanged for discounts and products from participating vendors.

Let’s add an AI mood detection and cognitive task monitoring element to music streaming services. As a service it would not only learn our favorite genres and artists, but also detect our mood and state of mind to deliver the right selections to improve performance, or find a peaceful zen-way relax.

As technology evolves, jet-pack, gravity-defying, flying suits could add a third dimension to nearly any field-based sport, much like Quidditch in the Harry Potter series. For more inspiration check out Quidditch Through the Ages.

Similar, in some respects, to the Svalbard Global Seed Vault in Norway, this library would preserve the actual DNA of all animals.

In a world where people continually die from lack of hydration, one of the most-needed devices is a handheld canteen that is constantly extracting moisture from the air.

The genealogical industry currently exists as a million fragmented efforts happening simultaneously. While the dominant players, like Ancestry.com, have multiple websites with hundreds of millions of genealogies, there is still a much bigger opportunity waiting to happen.

When will we see the first global election with over a billion people voting from over 100 different countries? Will they be voting for a person, or voting on an issue? If it’s a person, what position will that person be running for? And, if it’s an issue, what issue will be so compelling that everyone wants to vote on it?

A workaholic’s dream. People who need to finish an important project, but are feeling exhausted, could simply walk into the instant-sleep chamber. Voila! In a few seconds they could walk back out, fully rejuvenated and raring to go. Is this possible?

How often have you forgotten your dreams the next morning? Is it possible to create a “hit-play-to-record” device that would allow you to visually archive your dreams?

It’s easy to look around us and see what exists today, but the true visionaries are looking for what’s missing.

The voids and empty spaces around us will have people stampeding to fill these vacuums once they can be defined and understood.

People who blaze these new trails will create entire new industries, and the job-generating opportunities that go along with them.

I’m sure as you considered these possibilities, you probably saw what you believe are insurmountable challenges and Illogical leaps. But that’s where epiphanies come in. Emerging ideas are happening amidst a very fluid landscape and as technology changes, so does the outlook for “what’s missing?”

Best advice is to think incrementally, in stages. Figure out one challenge, then the
next, and pretty soon it all adds up to the Next Big Thing.

And voilà – one more item in our lives that’s not missing any more.